You are here > Attending > Things to do > Birmingham Repertory Theatre 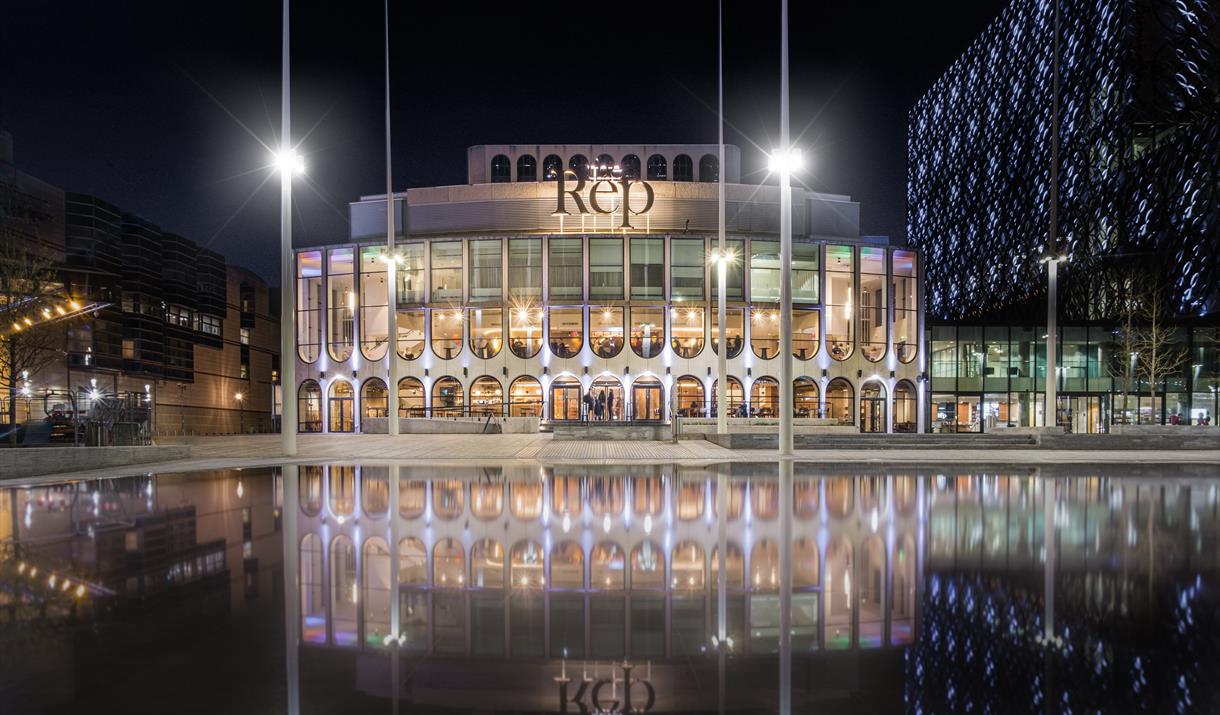 Birmingham Rep is the oldest building-based theatre company in the UK, and the forerunner of both the RSC and the National Theatre. The Rep has an unparalleled pioneering history and is the only producing theatre in the UK’s Second City. It has been at the forefront of theatre in the UK for over 100 years.

The Rep’s mission is to create artistically ambitious popular theatre - world class, for everyone. The commissioning and production of new work lies at the core of The Rep’s programme and over the last 15 years, with the company has produced more than 130 new plays.

As well as presenting over 60 productions on its three stages every year, the theatre tours its productions nationally and internationally.

The Rep’s acclaimed learning and outreach programme is one of the largest and most diverse of any arts organisation in the country. The Rep has nurtured new talent throughout its history - from Laurence Olivier and Peter Brook to its modern day youth theatre, and the ground-breaking Rep Foundry theatre-makers programme, it has offered opportunity and training for thousands of early career writers, directors, and artists.

Many of The Rep’s productions go on to have lives beyond Birmingham. Recent tours and transfers include The Play What I Wrote, Animal Farm, East is East, The Lovely Bones, Brief Encounter, Nativity! The Musical, The Government Inspector, Of Mice and Men, Anita and Me, Penguins and The King’s Speech. The theatre’s long-running production of The Snowman is celebrating its 28th anniversary as well as its 25th consecutive season at London's Peacock Theatre.

Tickets for productions at The Rep vary in price. Please visit birmingham-rep.co.uk for pricing information.