You are here > Attending > Things to do > Roundhouse Birmingham 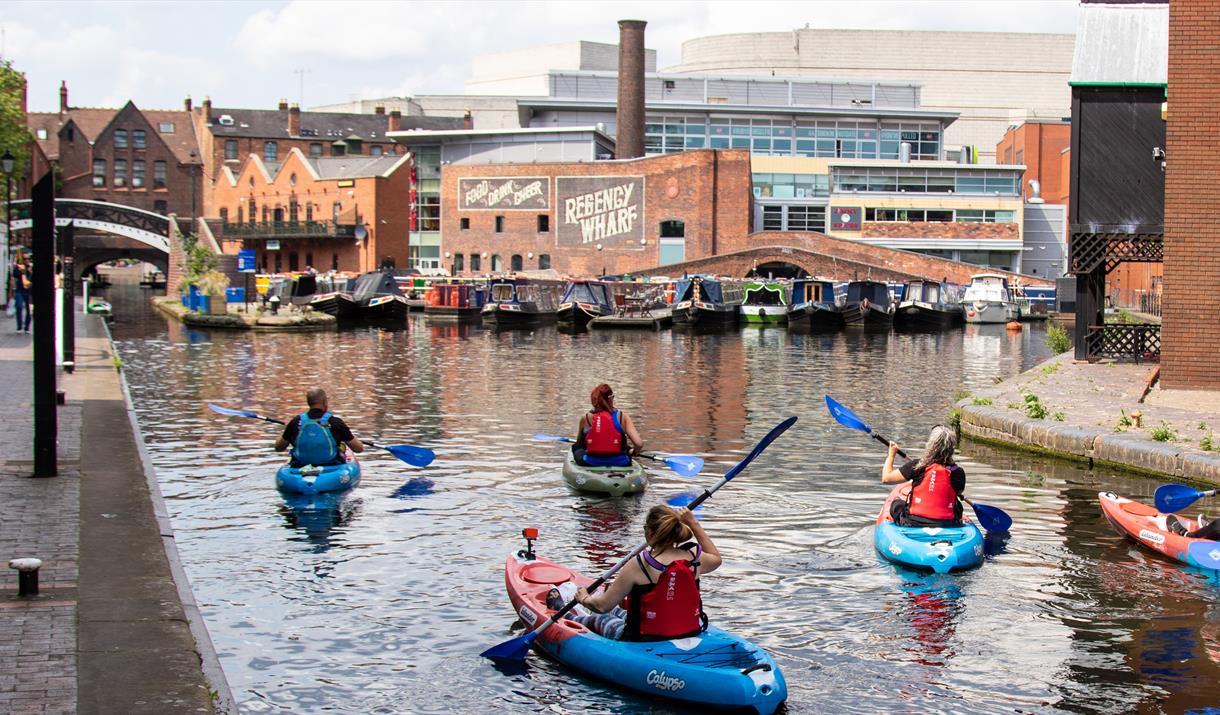 Roundhouse Birmingham is an independent charity safeguarding the future of this beautiful old building by giving it new purpose through a community of partners, tenants and public activities.
Following the uncertainty of the pandemic, we eased into opening in July 2021, and taking a staggered approach to unveiling all that the Roundhouse has to offer.

We’re Introducing the Roundhouse with an outdoor guided tour, exploring the history of Birmingham in our first guided walk, A City in One Square, and offering two brand new kayak experiences along Birmingham's amazing canals, Bustling Birmingham and Green Escape.

Our Regular Tours are:

A City in One Square Guided Walk

The Centenary Square contains so many stories about Birmingham. Join us there for a guided city walk that ends at the Roundhouse.

Step into the cargo hold of the Canal & River Trust’s restored 1930’s heritage working boat and take a trip around the local canal loops.

A chance to see Birmingham from a different perspective, no previous experience required for this guided kayak tour on the canal.

This tour will take you to the edge of the city, in search of urban green space. It's closer than you think...

Starting and ending at the Roundhouse, join our partners, Run of a Kind, for a 10k guided run with a dash of Roundhouse history

Five new digital audio tours have been launched to help people explore canals, streets and public spaces around Birmingham’s City Centre. Each of them launches from, or link to, the iconic Roundhouse, and were created as part of the project to revive the Grade II* listed site. The restoration was completed thanks to £3million National Lottery funding from The National Lottery Heritage Fund. The tours hail a partnership between the Roundhouse Birmingham, National Trust, Canal & River Trust and Geotourist. Free and downloadable, the trails can be accessed on the Geotourist app. The trails can then be enjoyed on visitors’ own smartphones and in their own time.

The five trails are:

Sensing the Roundhouse (and Beyond)

Brum Through a Lens: A Birmingham Photography Trail