You are here > Attending > What's on > Everything to Everybody: Your Shakespeare, Your Culture

Everything to Everybody: Your Shakespeare, Your Culture 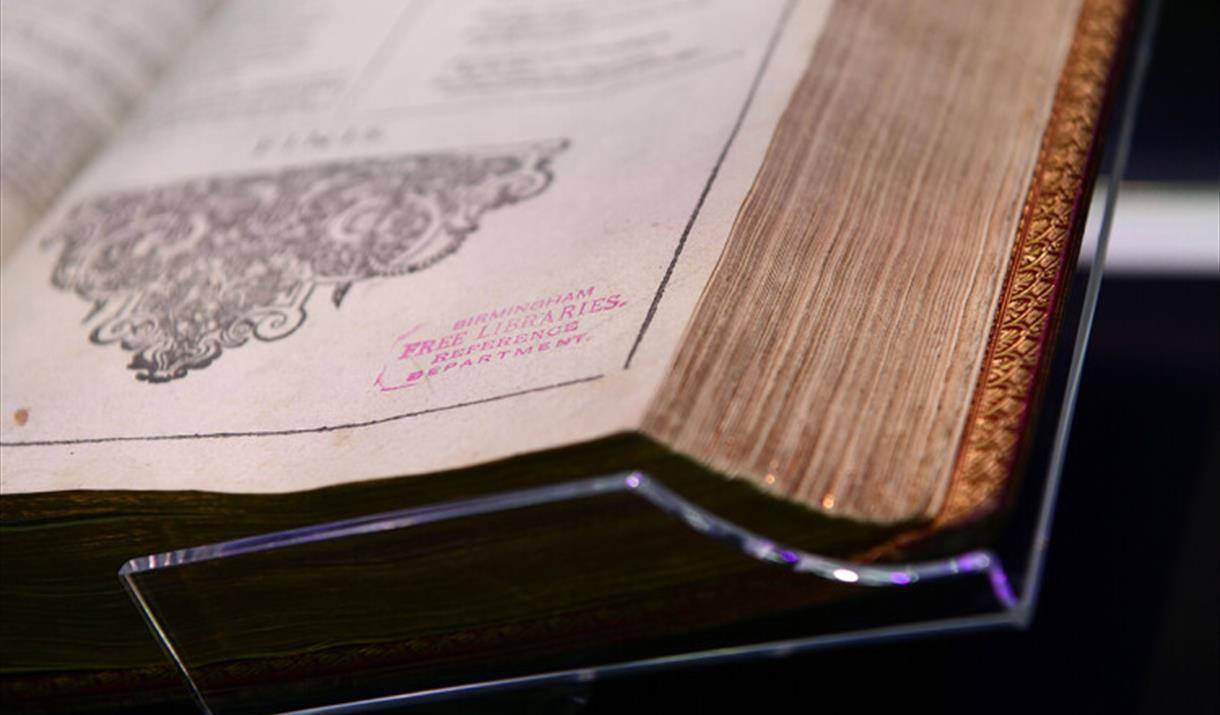 The exhibition brings to life the Shakespeare Memorial Library with objects from the collection and new responses to Birmingham's distinctive Shakespeare heritage in film and spoken word. The exhibition challenges visitors to think about what culture means to them today and how they themselves can effect change in the city.

Visitors can learn about the pioneering founders of the Shakespeare Memorial Library as well as seeing first-hand some of the precious collection of Bard-related items, translations and programmes. The exhibition will also feature the collection's rare 1623 Shakespeare First Folio: the first collected volume of Shakespeare's plays and bought for Birmingham's public collection in 1881. It is the only copy of this historic book purchased as part of a programme of education and inclusion for the working classes.
The exhibition brings nineteen-century activism into the present day with a section called Future Forward featuring a powerful new commission by Birmingham Poet Laureate Casey Bailey and a film titled A Great Feast of Languages – What is this City but its People?

Professor Ewan Fernie, Project Director 'Everything to Everybody' Project said: "This wonderful, thought-provoking and challenging exhibition reveals the 'everything to everybody' ethos as the key to Birmingham's historic identity and present-day potential. We're delighted to be showcasing the riches of the world's first great Shakespeare library, including many items that have never been seen before. And we're thrilled to have cooperated with the RSC on an exhibition which invites all its visitors to make their own mark on culture and drive forward positive change."

Ida Ballerini, Everything to Everybody: Your Shakespeare, Your Culture curator said: "By bringing past and present together, drawing parallels between the Victorian thinkers who pushed Birmingham forward and the opportunities to be socially pro-active today, the exhibition is hoping to encourage visitors to make their own changes. It's saying 'think about it, take this inspiration, think about what these amazing people did and think about you and what you are uniquely placed to change and do.

"We also ask specific questions such as 'in Birmingham today what does forward mean to you and how would you like to see this city change and what are you going to do to make it better?' It's a very participatory exhibition as well as informational."

The exhibition aims to highlight the Shakespeare Memorial Library's relevance to the people of Birmingham today as well as showcasing the more than 40,000 volumes, 17,000 production photographs, 2,000 music scores, hundreds of British and international production posters, 15,000 performance programmes and 10,000 playbills that can be found in the collection.

Visitors can also participate taking a selfie within the exhibition and they will have the opportunity to share a cultural highlight such as a book, film or song which has impacted on their lives. For children there is the chance to construct a library out of building blocks and for all visitors an opportunity to create a pin badge advocating for change in the community.

'Everything to Everybody' Project's Your Shakespeare, Your Culture is free to visit at The Gallery, Level 3, Library of Birmingham from July 22 to November 5.

Everything to Everybody: Your Shakespeare, Your Culture is curated by the Royal Shakespeare Company Creative Placemaking & Public Programmes Team. The exhibition is presented by the Birmingham 2022 Festival, generously funded by Arts Council England and the National Heritage Lottery Fund. 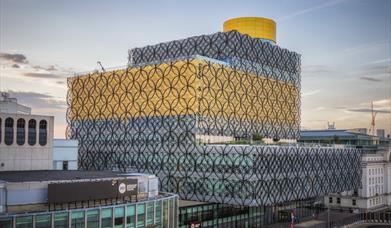 The Library of Birmingham, BirminghamThe ten-level Library shares a spacious entrance and foyer as well as a flexible studio theatre seating 300 people with the Birmingham Repertory Theatre. Sited in Centenary Square it, along with The REP and Symphony Hall, forming a cultural heart for the city.